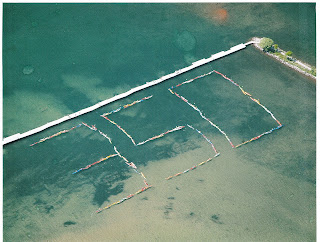 In 2008, NASA's top climatologist and his team released a landmark series of studies. These studies showed that if we let the amount of carbon in our atmosphere climb above 350ppm, our planet cannot remain "similar to the one on which civilization developed and to which life on earth is adapted."

Environmental activist and author Bill McKibben launched 350.org in response. The goal of this international campaign is to push global leaders to reach an agreement at the Copenhagen Climate Change Conference this December that will allow the level of carbon in the atmosphere to return to 350ppm.

On October 24 (during the ACA National Paddlesports Conference!), six weeks before the Copenhagen Conference, people in communities around the world are gathering to make the number "350" visible to everyone in their community.

There are 1,143 actions in 76 countries already organized.

As outdoor enthusiasts, we have a strong connection to our environment and have a responsibility to protect the place we live and love to play in.

Join the ACA and the Epicocity Project in calling for the paddlesports community to unite on October 24 and participate in 350.org's International Day of Climate Action.

ACA Instructor Trainer Sam Drevo along with Team NRS are organizing a 350.org event on the west coast, River of Action - Portland.

One of the core values of the ACA's mission is stewardship of paddling environments, visit ACA Stewardship to learn more. 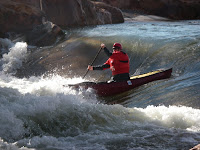