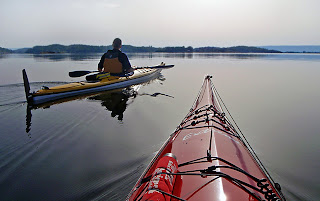 Fall and Winter paddling can be peaceful and beautiful. Ensuring that you are dressed for the weather will help keep you and your loved ones happy this season! Making sure that you are properly dressed,  are wearing a PFD, and letting someone know your paddling are important steps to make before beginning your paddle!

Check out the Boat U.S. article about it here: www.boatus.com/ColdFacts

To learn more about our safety tips, please follow: www.americancanoe.org/SafetyTips
Posted by ACA | Canoe - Kayak - SUP - Raft - Rescue at 9:00 AM No comments: 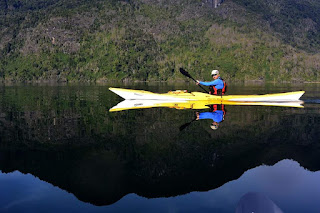 The ACA relies on our members, donations and our sponsors to continue to do great things.  One such sponsor, Werner Paddles, has a storied 51 year history of designing and handcrafting paddles for touring, fishing, SUP, whitewater and canoe.  Family owned and still handcrafted in Sultan, WA we are proud to have support from a company like Werner.  To watch this exciting short video of their paddles on the water, please follow https://vimeo.com/Werner 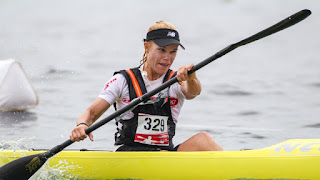 The World Paddle Awards (WPA) are awarded annually to celebrate the most remarkable men and women in the world of paddlesports. The Nominees for the World Paddle Award are in! Now is the time to make your voices heard! Please join us in cheering on Michele Eray, former USA Olympic Coach, as well as the US Nominees, Sage Donnelly, Peter Holcombe, and Dr. Jessie Stone! 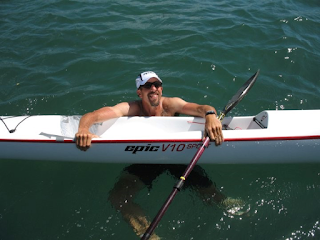 The ACA is proud to announce that this year's Legend of Paddling Award is in the name of Joe Glickman. This award is presented each year to an individual for their legendary contributions to paddlesports. Recipients of this prestigious award are inducted into the ACA Paddlesport Hall of Fame.

Joe "Glicker" Glickman was the wordsmith of paddlesports. The way he was able to convey the thoughts of all paddlers in an engaging, insightful and comical way was second to none. Joe was a father, husband, athlete, writer, filmmaker, friend, and an all-around good guy. As a two-time member of the U.S. National Marathon Kayak Team, he was an inspiration to all who knew whim and a legend in every sense of the word. The passion he had for paddlesports and ensuring its future success was limitless. His vivacity, kindness, and energy was infectious but it was his selflessness that touched the lives of so many.

As an international advocate, coach and mentor to many paddlers, Joe will be sorely missed but his legacy will last forever. A couple of weeks before Joe passed away, his good friend Russ Anderson jokingly implemented a new policy into his training program nicknamed OMMFG (One More Mile for Glicker) where one extra mile would be added on at the end of each session to pick up a little bit of the slack as Joe couldn't paddle as much.

Hundreds of paddlers are now donning OMMFG stickers which are dedicated to Joe and the everlasting impression he has left on the international paddlesports community.

Joe passed away on May 24, 2015 after losing his baddle with Pancreatic Cancer.

The ACA appreciates monumental efforts and love that Joe gave to the paddling community.

If you would like more information about the ACA National Awards, please follow www.americancanoe.org/Awards
Posted by ACA | Canoe - Kayak - SUP - Raft - Rescue at 12:00 PM No comments: 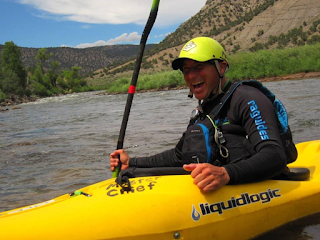 The ACA is very pleased to announce that this year's Excellence in Instruction Award is presented to Lyle Phetteplace! This award is presented annually to an ACA member for his or her outstanding contribution to paddlesports instruction.

Lyle is a currently certified ACA Level 4: Swiftwater Rescue Instructor Trainer and Level 4: Whitewater Kayaking Instructor Trainer. He is also certified as an ACA instructor in Level 2: Essentials of SUP, Level 5: Advanced Swiftwater Rescue, Level 3: Coastal Kayaking, and holds the Adaptive Paddling Endorsement. He is indeed an experienced and well-rounded instructor, who actively uses each of his certifications in his personal/recreational and professional life.

Lyle is the owner and operator of a Colorado-based paddling school called Renaissance Adventure Guides. His school employs a multitude of ACA certified instructors, and is well known in Colorado as being a premier paddling educational program. This paddling school offers year round instruction in Colorado and the surrounding states, as well as international paddling schools and certification programs in Central and South America. Lyle is the first ACA Instructor Trainer to offer River Safety & Rescue certification programs in Costa Rica.

In July of 2016, Lyle was recognized and awarded the “Lifesaving Award” by the Garfield County, Colorado Sherriff’s office for a kayak based rescue of an unresponsive woman. He is the only civilian to ever have received this award. He observed the scene from the river bank, and responded immediately and was able to rescue the woman, who had been floating in cold water for almost 5 miles, and who would have likely drowned if she had been flushed through a large rapid towards which she was drifting.

Lyle is a founder of the non-profit organization, Epic Experience. Epic is an adventure camp program for adult cancer survivors. The primary adventure activities of this camp program are whitewater kayaking and SUP. As the paddling program director for this organization, Lyle is responsible for maintaining absolute comfort and safety of these individuals, but also for facilitating their thriving in the face of cancer diagnosis and treatment via their experiences in learning to whitewater kayak and SUP.

In sum, Lyle is most deserving of this award due to the aforementioned details of his contributions to his local and national/international paddling community. An example of impeccable ethical and honorable character, Lyle has made a life changing impact on so many people who may not have otherwise been able to experience the joy of paddling. He truly does embody the ACA mission, and makes the world a better place to paddle.

Lyle, thank you for everything that you do for the paddlesports community! 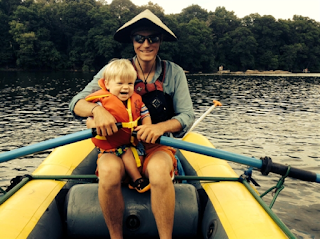 We are proud to announce that the third Presidential Award has been presented to C.C. Williams! This award is given annually to individuals for outstanding service to the ACA on a national level.

Charles "C.C." Williams, a native of Fort Mill S.C., is passionate about teaching and learning through the outdoors. A paddler and ACA instructor since 2005, he has spent the past 5 years teaching and guiding students of all levels as they discover the waterways of South Carolina. He is currently an Active Learning & Living (A.L.L.) Outdoors coordinator for the City of Rock Hill Parks, Recreation and Tourism Department, a Level 4: Swiftwater Rescue Instructor, a Level 4: Whitewater Kayak Instructor, and a Level 2: Essentials of River Kayaking Instructor Trainer.

The ACA and the City of Rock Hill Active Learning & Living Outdoors program teamed up to offer the first symposium designed to address the specific needs of Level 1 & Level 2 Kayak, Canoe, and SUP instructors.

Thank you for all that you do for paddlesports!

If you would like more information about ACA Awards, please follow www.americancanoe.org/Awards
Posted by ACA | Canoe - Kayak - SUP - Raft - Rescue at 12:00 PM No comments: