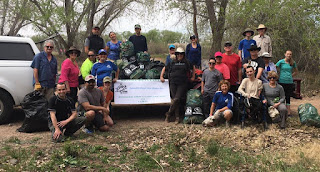 The ACA is incredibly lucky to have volunteers and partners who care about waterways as much as we do! A great big thank you goes out to all the people who have helped to keep our water trails healthy!

If you, or an organization you are a part of, would like to organize a clean-up, we can help you by providing insurance, Paddle Green Bags, or publicity!

Check out this inspirational video from the StreamSweepers about a clean-up on the Rapidan and Robinson Rivers! www.youtube.com/300TiresandanOldSofa

Check out some of our Stewardship opportunities here: www.americancanoe.org/Stewardship 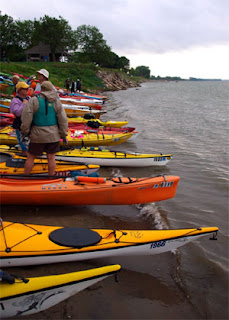 Are you looking for a new paddling goal this coming year? Maybe you are hoping to paddle more than you did last year, maybe you are hoping to pick up a new discipline, or maybe you would like to participate in a 72-mile race! Whatever your next paddling goals are, we can help you achieve them! ACA skills courses are taught all over the world and we regularly partner with various races for you to compete in.

On January 1st, registration opens for the South Dakota Kayak Challenge. Racers have 30 hours to complete this course on the Missouri River! If you are the kind of person to take on a challenge, this is the race for you. 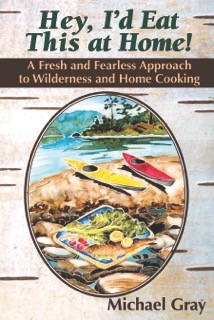 Does anyone need inspiration this holiday season to make their families smile? Check out this recipe from Michael Gray's book, available on our eStore!

Peel bananas and split lengthwise. Heat a small amount butter in a saute pan over medium heat, brown bananas round side down for a bit, turn, sprinkle in brown sugar and a good tot of rum...this will probably catch fire; don't panic, just don't be looking into the pan if you value your brows. Stir till caramelized a bit and turn two halves onto each plate or bowl, sprinkle liberally with dark chocolate pieces and then spoon the caramel rum sauce from the pan over the melting chocolate. Get ready for applause.

If you would like to read more, buy the book here! www.americancanoe.org/I'dEatThisAtHome 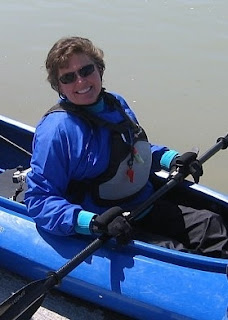 The ACA would like to personally thank Janet Zeller for her 25+ years of service and dedication to the ACA’s Adaptive Paddling Program. The program was initiated in the late 1980s by Janet and several other talented and motivated ACA instructors including Colin Twitchell and Anne Webre.
Janet has dedicated her time to sharing her passion for paddling with paddlers of all abilities, all over the country, and she has hosted dozens upon dozens of Adaptive Paddling Workshops to further share her knowledge and experience with other instructors who share the goal of identifying the unique abilities of every paddler.
The ACA Adaptive Paddling program has grown to include many extraordinary Instructors, Trainers, and Educators, and the family structure they have formed is due to Janet’s  leadership and passion for the program.
Please join us in congratulating Janet on the legacy that she leaves in the hands of the ACA Adaptive Paddling Program, and wishing her well on her continued paddling journey. Janet – thank you for everything that you have done to make paddling accessible for people everywhere! 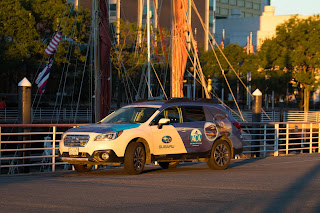 Have you heard about the Hokulea? This large canoe is taking a trip around the world and has recently spent a lot of time on the East Coast! We are so proud of our friends and are pleased that they are happy to partner with us as well! We are honored to be part of such a powerful experience and be able to make it easier by loaning them a Subaru to help make their voyage flow smoothly.

To learn more about their story, please follow: www.hokulea.com/the-land-waa/ 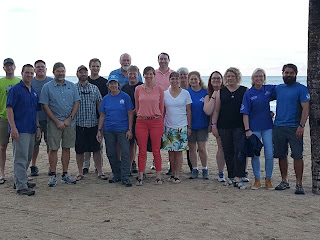 Thanks to Omar and Jessica of Paddle Paradise, ACA Puerto Rican members threw a fiesta for the State Directors to kick off the ACA's State Director Conference in Gurabo, PR this weekend.

ACA members from Alaska to Florida joined together for a working, yet fun, weekend. From dinner at Barrachina's (where the Pina Colada was invented) in Old Town San Juan to kayaking in the bioluminescent bay in Fajardo, the conference had plenty of time for networking opportunities.

But, when the State Directors rolled up their sleeves for the working portion of the conference, a significant amount of positive synergy was achieved.  From discussions on how to handle potential boat registrations to enhanced social media techniques (thanks Tim Chandler!) to how to provide better benefits to members in each state, the volunteer State Directors are working hard on behalf of paddlers across the United States.

For more information about how ACA volunteers are making a difference in your state, please visit: www.americancanoe.org/StateDirectors
Posted by ACA | Canoe - Kayak - SUP - Raft - Rescue at 5:22 PM No comments:

The ACA would like to highlight Urban Surf 4 Kids because of their positive influence on orphan and foster kids through paddlesports and community involvement! Their mission is to empower these kids through having fun, and then by giving back to their community by service projects. There are chances to volunteer
and donate to their cause!

To learn more about this organization, please follow: www.urbansurf4kids.org

To get involved with the ACA, please follow: www.americancanoe.org
Posted by ACA | Canoe - Kayak - SUP - Raft - Rescue at 9:00 AM No comments: