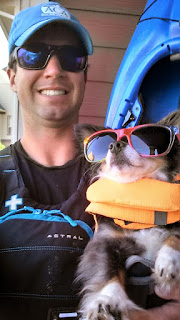 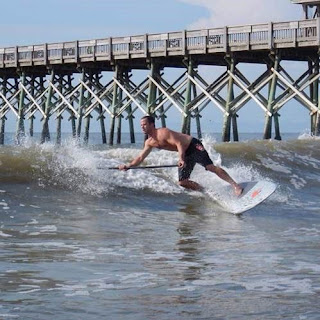 On behalf of the ACA, we would like to thank Education and Outreach Coordinator T.J. Turner for his outstanding dedication to the paddlesports community during his time on staff at the ACA National Office.
T.J. grew up in the Lower Shenandoah Valley, where he gained appreciation for the outdoors and the mountainous terrain and the waterways of Virginia. In 2001, he started his career in recreation by obtaining a snowboard certification through the Professional Ski Instructors of America/American Association of Snowboard Instructors in Seven Springs, Pennsylvania. In 2006, he attended James Madison University in Harrisonburg, Virginia to study kinesiology focusing on sport and recreation management. While attending JMU, he worked with the University Recreation Center Outdoor Program running programs all around the Shenandoah Valley area and even some paddling trips through West Virginia and Maryland. In 2009, he traveled to Macomb, Illinois to pursue his outdoor recreation education at Western Illinois University. In May 2010, he graduated with a Master’s degree in Recreation, Parks, and Tourism Administration. In May of 2010, he interned at the Charleston County Park and Recreation Commission to continue his outdoor recreation training with a water-sports focus. In the Fall of 2010, he moved out to Wyoming and directed a ski school in the Medicine Bow/Routt National Forest. In April 2011, he took his first ACA course with Josh Hall, Charlie MacArthur, and Roger Schuman for L-2 Stand Up Paddleboard. Since that date, he has been pursuing his passion for teaching and educating others about watersports. In May 2011 and 2012, he helped manage the CCPRC camp program and helped train incoming summer staff.  From August of 2013 through February of 2017, in addition to providing great customer service, T.J. has managed a wide range of U.S. Coast Guard grants for the ACA and as provided ACA outreach at numerous events across the southeast.
He currently holds an L-2 Instructor Trainer certification for Stand Up Paddleboard, helped to write the L-3 SUP surf curriculum for the ACA, and paddles mostly in the greater Charleston area and Folly Beach.
Best wishes on your future endeavors as the Outdoor Recreation Specialist at the Charleston County Park and Recreation Commission (CCPRC)!
Posted by ACA | Canoe - Kayak - SUP - Raft - Rescue at 8:52 AM No comments: 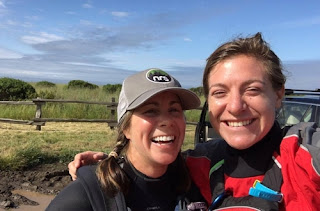 The adventure begins shortly. These two fine women, Kelly Henry and Laura Zulliger, are going to paddle 250 miles of Taiwan's beautiful and rugged eastern coastline! This expedition, Fearless Formosa, will start on April 24th and conclude on June 3rd. Kelly and Laura will teach a range of classes in collaboration with local paddling clubs and organizations. Their instruction aims to not only teach advanced kayaking skills - like kayak surfing and rock gardening - but also to further female outdoor leadership among Taiwanese women paddlers. We are so proud of you ladies!

To learn about their ACA connection: www.fearlessformosa.com/ACA-Sponsorship

By Land or Lake, Inc. 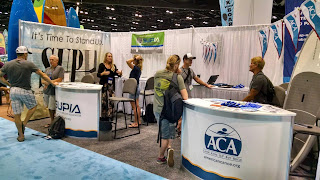 At the most recent Surf Expo, our staff had the pleasure of meeting with By Land or Lake, Inc., which is a non-profit dedicated "to give back to the great community we live in." This organization is run by students in the Business Institute of St. Cloud High School and will be a leisure boat rental business, scheduled to open at the beginning of this summer. This is an amazing opportunity for the Associates (the students of St. Cloud High School) and for the community!

The ACA is working with the Associates over the age of 18 to become certified instructors and the others will be involved in the Paddlesports Safety Facilitator (PSF) Program. We are very excited to see how this business, the first of it's kind, will grow!