On September 29, 2013, the WNC River Rescue Rodeo was held on the Tuckasegee River in Dillsboro, NC. Sponsored in part by Landmark Learning and the ACA, the event included hands-on rescue and medical scenarios, boat and equipment rescues, throw rope competitions, and a knot-tying rodeo. Teams of five came to compete from as far away as Ohio, although most of the teams were regional. 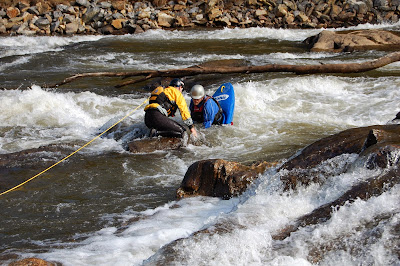 Taking first place by a small margin was Western Carolina University, followed by the Cincinnati Paddlers in second, and Warren Wilson College in third. The winning teams took home over $1,000 worth of prizes and materials, and everyone left with small sponsor gifts and gear from the silent auction. 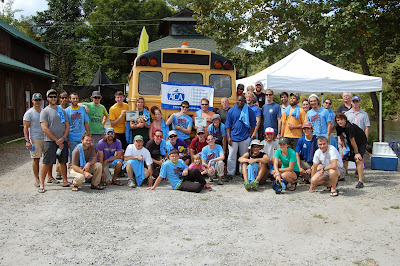 Don't miss out on the fun next year--dates for the 2014 River Rescue Rodeo will be set soon with registration opening in the late winter!
Posted by ACA | Canoe - Kayak - SUP - Raft - Rescue at 7:00 AM